By Joshua Bruner, PT, DPT, CSCS at The Orthopedic Institute at Southwest Health The anterior cruciate ligament (ACL) is one of the most frequently injured ligaments in the knee. Each year 100,000-200,000 ACL injuries are reported in the United States. The primary function of the ACL is to prevent forward movement of the tibia on …read more.

by Brad Vamstad, Director of Athletic Training and Sports Performance Anterior Cruciate Ligament or ACL injuries can be a devastating injury for an athlete of any age. In the United States alone, ACL sprains make up almost 200,000 reported injuries per year. Most common among those are athletes who participate in high demand sports like …read more.

by: Kerri Sue Stange, MPT at The Orthopedic Institute at Southwest Health When you’re to the point where joint pain because unmanageable, joint replacement can help you get rid of that pain and get you back to your passions in life! Though recovery will take several weeks, if you plan ahead for the challenges it …read more.

by Nate Christopher, MPT at The Orthopedic Institute at Southwest Health “I have sciatica” or a “pinched nerve” are words that are often heard in medical and physical therapy clinics. Sciatica is a general term that refers to pain that radiates into the buttocks, possibly down the thigh, and sometimes even into the lower leg …read more.

By Samantha Jordan, DPT, OCS, CSCS & Julie Tashner, MPT – Physical Therapists at The Orthopedic Institute at Southwest Health Falls are the main reason older adults lose their independence. Each year one-third of the population over 65 years old experience a fall. As fall-related injuries result in 30 billion dollars of direct and indirect …read more.

By Samantha Jordan DPT, OCS, CSCS – Physical Therapist at The Orthopedic Institute at Southwest Health Jim Hying of Muscoda, Wisconsin had been dealing with pain in his lower back off and on since the 80s. At 75 years old, he’d tried everything he could think of the help alleviate the, sometimes severe, back pain. …read more.

By Jodi Knight, MS CCC-SLP, Speech Therapist at Southwest Health School’s out for summer! Are you worried about your kiddo losing his/her speech and language skills over the summer months? Have no fear; there is a new speech therapist in town! So many parents worry about skills lost over summer break and for good reason. …read more.

By Samantha Jordan, DPT, OCS, CSCS, Physical Therapist at The Orthopedic Institute at Southwest Health Running is one of the most popular leisure activities in the United States. And as such, injuries are a common occurrence. Injuries occur due to the repetitiveness of the activity as well as training errors. Improving your running technique can …read more.

by Julie Grabandt, PT What is the IT Band? The IT (Iliotibial) band is a long band of tissue that runs the length of the outside of your leg. It starts up at the hip and ends on the outside of the knee. This tissue is very dense and thick and can become irritated in …read more. 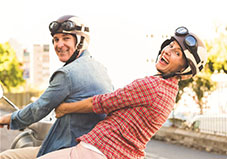 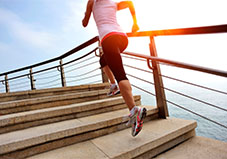 Fracture Care On average every person will break at least two bones during their lifetime. That’s why we offer the area’s best fracture care to patients of all ages.